A Welsh actress is campaigning against a new M4 motorway – appealing to Welsh Government to heed a famous Newport poet’s words.

Newport-born actress Aimee-Ffion Edwards has taken time out from filming to pledge her support for the #SaveTheGwentLevels campaign by recording the world-famous poem Leisure, by W.H Davies.

After hearing about the campaign from Gwent Wildlife Trust (GWT), she recorded the poem at Monmouth’s legendary Rockfield Studios, warning that the proposed new M4, “will cut through the heart of this historic landscape.”

Aimee-Ffion and Gwent Wildlife Trust are appealing to decision-makers to take time to consider the beauty of the Gwent Levels and its value to the people of Wales.

The Welsh poem’s famous lines, “What is this life if, full of care, we have no time to stand and stare” are written on a bronze statue of the ‘Supertramp’ poet in central Newport. It warns of the effect of hectic modern life on the human spirit - basically if we do not take time to observe and enjoy the natural world around us, our lives will be much poorer as a consequence.

Aimee-Ffion, star of Peaky Blinders and The Detectorists, narrated the poem over breath-taking footage of just some of the vast and varied rare wildlife found on the proposed route of the road, such otters, water voles and cranes.

This footage was all captured on the threatened Gwent Levels by GWT's trustee and volunteer Rob Waller and filmmaker Neil Aldridge with everyone involved in creating the 3-minute film donating their time and skills to the campaign. 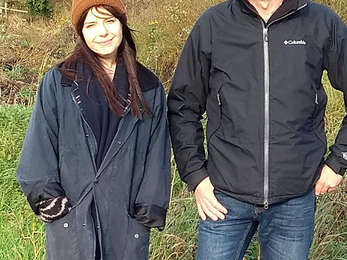 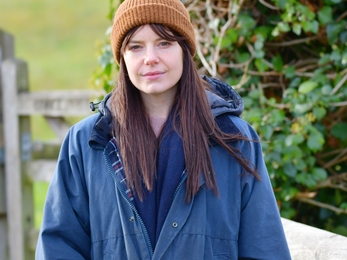 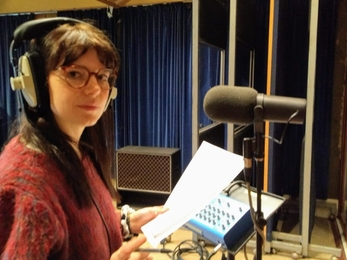 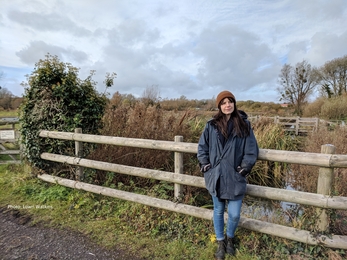 Taking time out on the Levels

Actress Aimee-Ffion was recently reminded of the beauty of the area she often visited as a child when she took time out from her busy schedule to visit the Gwent Levels and Magor Marsh Nature Reserve with Gwent Wildlife Trust this month.
She said, “W.H Davies’ words are so apt at this time. Coming from Pill, Newport, I’m sure he would have spent time enjoying the very landscape that is under threat and this would have inspired his poetry. The Gwent Levels is such a special and enchanting place, full of wildlife, history and culture. Building a new M4 motorway through it will not solve anything. It would simply destroy something we should all be proud of and cherish, not just for its wildlife but for the people and the city of Newport and the rest of Wales.
I urge people to join the fight to save the Gwent Levels while they still have the chance and hope that decision-makers honour their commitment to protect Wales’ natural environment for future generations.”
Gwent Wildlife Trust urges everyone involved in decisions over the proposed new M4 to watch the film, and have sent it to every Welsh Assembly Member ahead of their vote.

Gwent Wildlife Trust’s Ian Rappel said,
“This is a decision to be made with the heart as well as the mind. The rational arguments against the M4 were made very loud and clear at the Public Inquiry. Alternative, sustainable transport solutions have been proposed by the Welsh Government’s own Future Generations Commissioner for Wales – Sophie Howe, in the Transport Fit for Future Generations Report. This film has been made to encourage deep and serious consideration, from the heart, about what the scheme will do to people who live near or visit this stunning and increasingly fragile area. With the Gwent Levels seeing, really is believing. We want as many people as possible to see the film and what would be lost with the creation of a new M4 motorway.”

Mr Rappel added: “We want people to be able to visit and enjoy the Gwent Levels now and for future generations. For this to happen everyone must take action by telling The First Minister, The Welsh Government and Assembly Members to scrap plans for a new M4 through the Gwent Levels before it is too late.”
Welsh Government want to build a 14-mile six lane motorway through the protected Gwent Levels including part of Gwent Wildlife Trust’s Magor Marsh Nature Reserve. Gwent Wildlife Trust are delighted to have Aimee-Ffion’s support at this critical time in the campaign to stop the scheme going ahead.

How you can help!

Get involved with the #SaveTheGwentLevels e-campaign and send an email of objection to First Minister Mark Drakeford here: https://action.wildlifetrusts.org/page/30798/action/1

Stunning snapshots of Hill Life Through a Lens.

The winners of Gwent Wildlife Trust’s (GWT's) Hill Life Through a Lens photo competition have been chosen.

A thought-provoking new report, published on Wednesday 21st July, has looked at the breadth of wildlife in Gwent, recording the…