We're celebrating after reaching our fundraising target to buy land and create a new nature reserve on the Gwent Levels.

Thanks to huge support for our recent Bridewell Appeal, Bridewell Common on the Gwent Levels is now in the care of Gwent Wildlife Trust.

In April this year, we set a target to raise £250,000 to help towards buying and managing the 81 acres of ecologically important land near Magor to create their latest nature reserve.
And now, thanks to the massive support we received from members, grant funders and other supporters we’ve reached our appeal target. These funds, together with a legacy left to the Trust from former member Pat Gorvin, has allowed them to begin creating a wonderful new green space for nature to thrive in.
Our Gwent Levels Landscape Manager Gemma Bodé said: “We were overwhelmed by the strength of support and donations we received for our Bridewell Appeal.
“We cannot thank everyone enough, we asked and you all gave so generously, with every single penny we received regardless of how big or small, playing a vital role in helping us to reach our target.
“Bridewell Common in Magor is such an important piece in the overall wildlife jigsaw of the Gwent Levels and we felt we had to secure this important area in perpetuity, to safeguard precious wildlife that is so threatened today.
“People’s support and help has now made our vision to create a new nature reserve at Bridewell Common, a reality.”
Support and donations to our Bridewell Appeal came in all sizes and guises including grants, collections, quiz nights, a wildlife festival and a book launch to name a few.
And as part of the fundraising campaign, in addition to our supporters, our staff also went that extra mile – literally, in some cases.
We ran a Bridewell ‘Reen’-lay event which saw three members of staff taking part in sponsored challenges which raised thousands for our Bridewell Apeal.
Gwent Levels Senior Reserves Officer Richard Bakere paddled a homemade coracle down the Wye, Marketing and Membership Manager Debbie Stenner ran 90 miles over the summer and Fundraising Officer Rob Magee cycled 100 miles, from Cardiff Castle to Bristol Castle and back.
Our newest nature reserve Bridewell Common lies opposite our flagship and oldest reserve at Magor Marsh.
Both reserves are situated within the Gwent Levels, a nationally important landscape known for its diversity of wildlife.
Bridewell Common needs to be managed for wildlife as a priority, to fully reach its potential as a nature reserve. And we believe that having two of their reserves so close together will complement each other as their combined size of over 200 acres will provide a larger area for wildlife to forage, rest, retreat, live and reproduce in.
Before we bought Bridewell Common, initial surveys of the land had shown that rare wildlife like Otters, Water Voles, wild flowers, butterflies, dragonflies, water beetles and birds including Snipe, Stonechat and Reed Bunting, were living in and around the waterways known locally as reens.
Now with this ancient area safe in our care we plan to enhance their newest reserve to benefit even more rare and endangered wildlife.
Gemma added: “We are now making safe the site with access provision to the Reserve. The overall plan for the land is to create a tranquil retreat for people and nature to enjoy together.”
We will keep people updated on our plans for Bridewell Nature Reserve via this website. In the meantime, should anyone wish to visit Bridewell Common they should contact info@gwentwildlife.org or call 01600 740600.
We are planning an official opening of Bridewell Common in the spring so everyone who supported our appeal can go along and see the area in all its glory.

Bridewell Common is not currently open to the public.

Tree safety works will be among the first tasks undertaken at Bridewell to ensure the safety of all future human visitors.
There is a lot of work to do and this means currently the reserve will not be open to the public until the work has been completed and the reserve has been made safe. 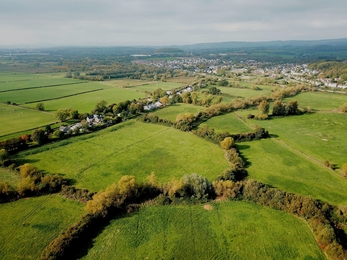 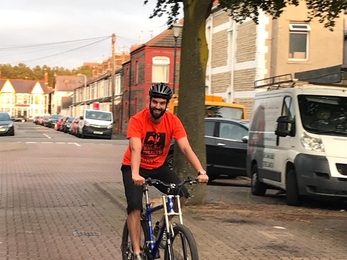 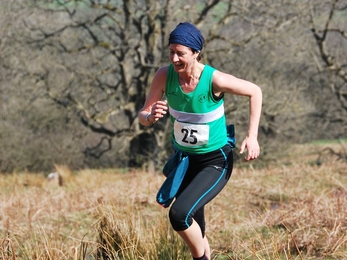 Dig out your camera, walking boots and bobble hat and get involved in Gwent Wildlife Trust’s Hill Life Through a Lens photography…

Gwent Wildlife Trust has collected more than 1.3 million tree seeds and protected their future by banking them in the vaults of Kew’s…

Please ‘leaf’ your vote with our Prisk Wood Lime Tree

Part of our Prisk Wood is in the running for a ‘tree’mendous Welsh title!