Ask any child – and most adults, come to that – to draw a spider in its home, and you’ll get a circular or polygonal web. Those orb-web spiders may well be the most obvious kind around our houses and gardens, but they are actually a very small minority of Britain’s 670 spider species.

Here are some more Spiders and webs to look out for.

A variant on the Orb web is a web, often less tidy, with an obvious funnel either in the corner or centre.

Sometimes the funnel will connect with a hole in the ground or a wall, others will be anchored to vegetation. The most likely place to find the spider is in the funnel: we found a striking group of them beside the car park for Gwent Wildlife Trust’s New Grove Meadows with the spiders sitting at the mouth of the hole, in the warm sun, until our movement sent them dashing underground.

Another web form is flat or concave, suspended horizontally in long grass or low vegetation. These belong to tiny money spiders. Although the web is tightly woven, almost like fabric, the silk is so fine that it can be hard to see. That’s until you get up on a damp autumn morning, when the webs are made visible by dew, and you realise just how many of them there are.

These spiders use their webs to catch prey, usually insects. But that’s not the only thing spider-silk is good for. Some spin a container in which to protect their baby spiderlings. Some spiderlings climb up to a high point, such as a fence post, and start spinning a single long thread. Eventually the breeze catches the thread, lifts the spiderling into the air, and carries it off to a new place where it might find a suitable home. Most amazing – though hard to find without an expert – some spiders spin air-tight webs under water. The spider then carries air down from the surface to fill its web. Nets, cradles, parachutes and diving bells: is there anything spiders didn’t invent first?

And then there are spiders that don’t bother with silk at all. Look under plant pots or down in the grass and you may find spiders that hunt simply by running faster than their prey. No need for a web when you can do that.

Nor if you can make yourself the same colour as a flower and lie in wait till an insect comes to feed on nectar. Yes, spiders can do that, too.

No web required for this camouflaged Crab Spider on an Ox Eye daisy.

Finally, some people find spiders creepy. With eight long legs, up to eight eyes, poison that can paralyse insects bigger than themselves (but, at least in the UK, is harmless to humans), and occasional cannibalism, you can see their point.

But in a quiet corner of the house they’ll keep warm and do a great job of reducing the fly population. Sometimes they do need rescuing from the bathtub, but that’s because they fell in and can’t climb back up the slippery sides, not because they came up the plug-hole. Aren’t such useful and fascinating creatures worth welcoming? 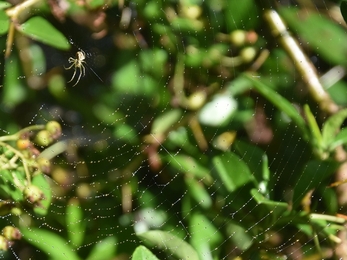 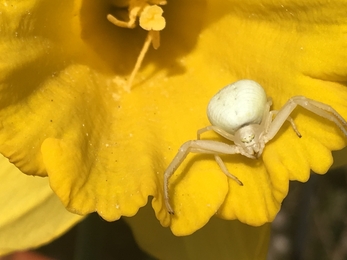 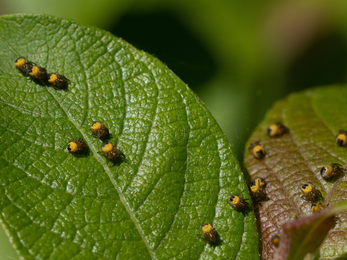 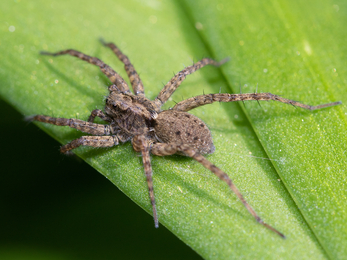 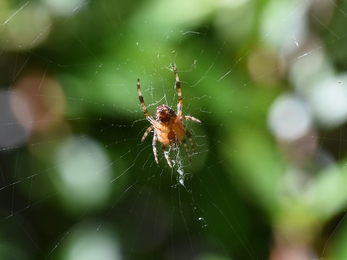 One thing Gwent is particularly well-provided with is rivers.

One Swallow does make a summer!

For many of us, seeing the first Swallow is a sign that spring is here with warmer weather to follow and bright blue skies.