Hundreds of people arrived for a rally on (Tuesday 4 December) to take a stand against the planned M4, demonstrating to political leaders in Wales the momentum of the opposition building against this motorway.

The large #NoNewM4 crowd congregated, with placards on the Senedd steps at lunchtime to hear from speakers from environmental organisations including Gwent Wildlife Trust, political parties and local campaigners.

Representatives from five organisations which organised the rally also took to the stage: Haf Elgar from Friends of the Earth Cymru, Ian Rappel from Gwent Wildlife Trust, Annie Smith from RSPB Cymru, Catherine Linstrum from Campaign Against the Levels Motorway (CALM) and Rob Hepworth from Campaign for the Protection of Rural Wales (CPRW).

Haf Elgar, Director of Friends of the Earth Cymru, said:
“At a time when world leaders are at a UN conference to tackle climate change, and shortly after the IPCC report warned the world that climate change is happening at an unprecedented pace and scale, we cannot lock ourselves into a high-carbon polluting future by blowing all Wales’ borrowing money and more on this devastating road. This decision symbolises the future we want for Wales - we have a duty to future generations to say No New M4 and invest instead in a sustainable future”.

Chief Executive of Gwent Wildlife Trust, Ian Rappel emphasized that the protected habitats for wildlife and people’s access to the glorious green space that is the Gwent Levels, must not be sacrificed in favour of a new motorway: “The planned new M4 motorway will cost the Earth in every sense for both people and wildlife - destroying Wales’ very own Amazon. It flies in the face of Wales’ excellent Wellbeing of Future Generations Act, and threatens to leave taxpayers with a bill of around £2 billion pounds – all for a possible saving of only 10 minutes' average journey time.

“The Welsh Government should scrap their plans and, instead of spending much-needed public funds on a new motorway, they should invest in a modern, fully integrated public transport system, fit for the people of Wales.”

Katie-Jo Luxton, RSPB Cymru Director, said:
“The Gwent Levels is a nationally important area for nature. This unique landscape has given a home to the first common cranes to breed in Wales in over 400 years, and is one two remaining UK strongholds for the shrill carder bumble bee. Fourteen miles of motorway would destroy and fragment this fragile wetland ecosystem and jeopardise the future of these species in Wales. We need AMs to let the Welsh Government know they will not support this destructive scheme.”

"The motorway will be the death-knell of the outstanding and unique landscape of the Gwent Levels formed over thousands of years. It is not just the intrusion of a 6 lane motorway but the development that a bypass will attract onto the Levels. CPRW specifically asked for guarantees to stop such development from the Welsh Government at the Inquiry. We got absolutely no assurances at all. Developers are ready to carve up the rest of the Levels. It's now or never if we want to save them."

Catherine Linstrum, Joint Chair of CALM, said:
“The whole of the country is increasingly choked up with cars and we should have learned by now that building roads doesn’t take cars away - it only increases their numbers. Time and again new roads have only led to more traffic being encouraged to use them.

“We’re asking the Welsh Government to be creative and forward-thinking with its transport policies. There are intelligent, sustainable ways of dealing with traffic congestion - many of them put forward by the Government’s own Future Generations Commissioner - and this astronomically expensive and environmentally damaging new M4 is not the way to do it. This road scheme was dreamed up in the last century and that’s where it should stay. We can do better than this. We deserve better than this.”

Assembly Members have been promised a vote on the M4 Black Route in the Senedd. 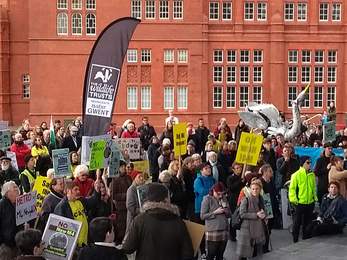 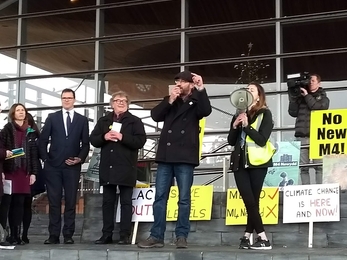 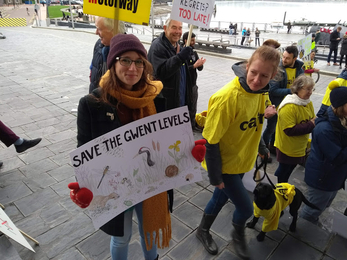 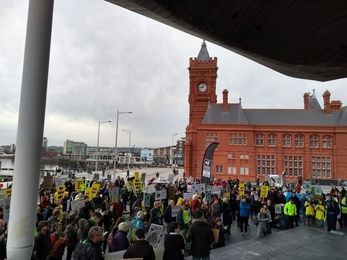